What today’s men and women want in hair removal

Earlier this month, Veet got into a lot of trouble for an ad campaign that tried to scare women into hair removal by saying if they had stubble it would make them seem like men. (Everyone knows how unattractive that is!) Veet apologized, of course, but the aftermath started all kinds of conversations in the media. Some of it was very intelligent discussion, about the way women pressure themselves to conform to images of beauty, and even about how issues of hair removal can intersect concerns about racial norms.

But it really has been a marketing nightmare for Veet. It became such a big deal because it taps into a bigger problem that has troubled media and marketing experts for a long time: the problem of how to talk about beauty in a way that doesn’t get people all stressed out over sex and gender.

Just weeks after Veet’s catastrophic campaign, we see an article in GQ called The maniliest way to remove your ear hair. The entire first half of the article spends time reassuring men that chest hair is good, and beards are good, and you can still be a manly lumberjack… even if you get your ear hairs touched up!

In many ways, this is the flip side of the problem that Veet ran into with their campaign. What do women want? What do men want? How can we market to women without reinforcing a male-dominated culture where women are forced to submit to “the male gaze”? How can we market to men in a way that won’t make them scared of being less manly? Heck, is there any way to market hair removal to anyone at all that doesn’t rub someone the wrong way?

Actually, there is. And at Advanced Skin Fitness in Dallas, we’ve known the answer for a long time.

Some women want their legs completely hairless, because that is what makes them feel beautiful. At Advanced Skin Fitness, we think that if having smooth legs is what makes you feel beautiful, then we can help you to achieve that in a permanent way using our GentleLASE procedure with Candela laser technology.

But other women feel beautiful with hairy legs, and we think that’s great, too. We have women come in all the time who want no more than a touch-up in certain areas: upper lip, between the eyebrows, or below the belly button are common areas for minor treatments.

In the end, it’s not about what society wants women to look like, it’s what you feel most comfortable with, no matter what that is. That is true for women, and that is also true for men. Because you may be surprised, but we get a lot of male clients who come in for hair removal.

Other men come to us for hair removal on their lower neck–not to get rid the the hair entirely, but to thin it out so that they don’t have to shave twice every day, and live with constant razor burn.

Finally, some men come to us for laser hair removal because they (or their girlfriends) simply don’t like hairy shoulders, backs, or butts. That’s fine, too. Because in the end, laser hair removal for both men and women isn’t about fitting an image that the world tells you you “should” fit: it’s about letting you feel the happiest and most comfortable with yourself.

We’ll let the marketing and media personalities tear their hairs out over the most socially “appropriate” ways to market hair removal to women (without being sexist!) and to men (without making it seem girly!). It’s a conversation that will not go away any time soon.  But here at Advanced Skin Fitness we’ve always known the answer.

You should never let anyone tell you whether or not you should have chest hair or a beard (for men). You should never let anyone tell you how much you’re “supposed” to care about having stubble on your legs (for women). Just decide what you think will make you feel the most comfortable, the happiest, and the most attractive… and then make an appointment with us, so that we can help you to get there!

Back to main page 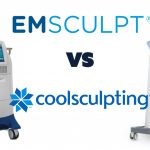 EMSCULPT or CoolSculpting? What You Need To Know

SUBSCRIBE TO OUR NEWSLETTER! GET REGULAR ASF SPECIALS, DISCOUNTS, AND BE THE FIRST TO KNOW ABOUT NEW CUTTING EDGE TREATMENTS! PLUS YOU GET A $50 GIFT CERTIFICATE FOR SIGNING UP TODAY!